After The Storm In Texas

The trip I am on has about 20 stops to do in 3 days. (Not all in the same town, city, area, you get the picture). The first 3 I got off quicker than expected.

Low piece count at each stop and no waiting at the dock for them to get it cracking.

When things go that smooth, a trucker is kind of waiting to see what will happen next. I was glad to see that all the stops were not in the Dallas Metro area. This I thought was good. You know less congestion.

The 4th stop was a like the dark clouds appearing in the sky on a sunny day. Bad directions took up an extra 20mins of time.

It was easy to shake off even though I try to keep this from happening by stating more than once what direction I am coming from so that the person giving directions won't give them as if I was approaching from the opposite direction.

Anyway. I was able to easily ignore the dark clouds keeping the sunshine close to mind. Besides, that's just the life of a trucker it will probably happen again tomorrow (Got lucky today! Well, come to think of it, I did end up backing .5 mile that was easy though. It was a straight stretch)

The next stop seemed to be simple enough. Three pieces even further away from metro Dallas out in Southlake. Just four pieces of furniture or so to a retail furniture store.

I called for directions and the guy fired them right off to me. (When they pause and stumble and change it up several times truckers get a little worried. When they just zoom right through them one time, it usually good.)

Still, I wanted to make sure he knew from which direction I was coming so I repeated the directions I had written down to him. He said I had it right. (I should say correct not right since we are talking directions here.)

The last turn was to be a left on Central Ave and then call them. Well I will show you a video of what happened when I made the left on Central when I get home to post put the video up. For now lets just say thunder started coming from those dark clouds. Before it was over lightning and rain too. It took about an hour to finally get to the store from that

left on Central. The rain didn't exactly stop there cause I still had to get back out of the hole they convinced me to pull into. (My stupidity thinking they took into consideration

what I was driving.) A different person took over the direction giving. It's a debate over who was better at it or who was worst.

I had planned on getting off at least 3 more but now it was so close to 5 it was likely that wouldn't be possible. No big deal, I figured I would do something to

site and get some sleep.

Well the rain seemed to stop (figuritively speaking remember) as I quickly got off 2 more stops. I called the next stop so that I could get directions and already be

there in the morning when they got in. What do you know, the guy says he would come back to the store and get me unloaded if I call the cell, if I didn't mind helping

him put inside the store. (This stop had no dock, you just pull up in the street and the are supposed to come to the end of the truck to dolly it away).

I said, "Of course I will help you put it in the store, I appreciate you coming back up there to let me get it unloaded instead of waiting until in the morning.

Yes, by now the rain not only stopped but the dark clouds were heading in another direction. As I pulled up to the little town of Gainesville, TX I called the receiver's cell and guess what. . . . .

He wasn't going to come back up to the store.

The good part is . . . That's because he never left the store, he was there booting around waiting on me to get there. Wow the sun was officially back

out for me! Wooohooo let's go (yeah, I was doing all that, it's not unusual for me)

Anyway that went as well as it could go and so I was off to my next stop in Sherman Texas.

Couldn't call the receiver because they were way long gone but I like to get as close as possible, so I figured I would go to Sherman, find a truck stop or hotel and a shower.

Just west of Sherman as the sun was falling closer to the ground, I caught a bit on the CB (didn't have it on much going across US 82, listening to the FM radio)

US 82 being shut down. Later I found out that a propane truck had turned over early that morning or the night before. When I got a few mile outside of Sherman

is where I ran into the backup of people waiting for it to be opened back up.

Wow I thought, "is the storm coming back after all".

Of course with all the traffic on the CB radio because of all us trucks there close together, its hard to hear people unless they have a big radio. We were parked in the right lane on US 82 waiting, the left lane was partially clear cause the four wheelers were going around through local streets.

A guy cut through the CB traffic asking if any trucks wanted to go around the accident. He said he had just taken a few trucks around and would lead us around through the back streets if we wanted to do that.

Being up for adventure as opposed to sitting there, I figure I would go for the ride through Sherman just to look around. Didn't really seem like that road was going to be opened any time soon any way.

Well, after I told old Shorty (that was the name of the God sent, good Samaritan, who offered to show us the way)I wanted to go for that ride around the wreck a string of other guys joined in behind us.

Turned out Shorty was a driver himself but he was in his four wheeler and had been doing this all day.

He would take a line of trucks around the wreck then go back to the scene, get on the radio and see if there was another crew who wanted to go the scenic route.

Wow. Talk about blue skies again! Shorty is the type of person who I one day hope to be like. I am working on it, but I can honestly say, as much as I care about people, I doubt I would have did that all day.

I honestly don't know if I would have made it more than twice before I felt like I had given enough. LOL

Anyway, I'll put up a video of that ride through the scenic route also

(even though I started recording late on that because I didn't really think there was a reason to be recording it until we got further and further into the whole deal) Remarkably, that still was not the end of this story. Not only did Shorty take us across. He offered a thirsty driver some of his wife's lemonade. Yep, miss Shorty was riding right there along with Shorty. Well you will hear here on the CB. Apparently they stayed near that detour around the accident on US 82.

Thanks again to Shorty and Mrs. Shorty for being the type of people you are and for inspiring me to continue to be better and hopefully inspiring others to give of themselves also.

Guess what though, the night still wasn't over I found a hotel but it didn't look too impressive on the outside. You'll have to wait to see what it turned out to be like when I put up the video.

Yep, When I get to the house.

P.S. All the videos i am talking about will be put right here on this page. You will get notified if you has the RSS feed

got to go answer some questions now.

After The Storm in Texas Top
A Truckers Life 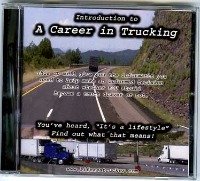 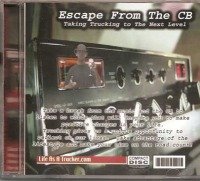