How Much Money Do Truckers Make

First question that many have is, "How much money do truckers make?" It's a simple question with a complex answer. I could tell you that in 2022 the average truckers salary is about $71,446 but there are many variables that will determine a trucker's salary.

And that's an average which we will break down more later.

Here are some things that determine how much a trucker makes...

There aren't many jobs that you can get into with so little training and no experience that will pay as much as a professional truck driver. 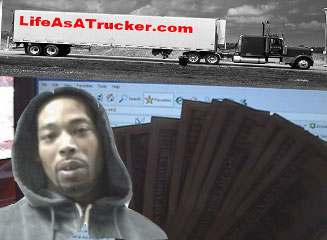 However, please be advised...

Pay for a new truck driver naturally is at the bottom of the pay scale. This is much lower than what most people expect when they are considering becoming a truck driver.

A driver with  over 1 year driving experience can expect to make between $67,000 and $90,000. (and possibly more) Why such a spread you might ask?  See the bullet points.

Here is the thing....the top paying companies don't come looking for you.  You have to find them.  For more information about company truck driver including details about how much a company driver makes visit Company Drivers

Doing the average lease program while still paying for the truck.

Owner operators who are not in a mega carrier lease program getting cents per mile and but instead are getting percentage of the load, can easily clear $75,000 and earn more than $100,000 per year.

Much more in a specialize hauling niches.  For example...

Movers, heavy haulers, Oilfield drivers can make as much as quarter of a million dollars before taxes which is well over $100,000 per year take home with a proper records and good accountant.

If you have your own authority and direct accounts, you make more money.  You also handle a lot more of the business side (a.k.a. office work)

But there is a lot you need to know about becoming an owner operator.  Bottom line, it is a business.

How Truckers Get Paid

How Do You Make The Most Money As A Trucker

How Do You Start Creating Wealth

How Much Money Do Truckers Make Top

Advantages of Becoming a Trucker