Additional income can be made in your spare time in many ways. It may be easier than you think. Everyone has the ability to bring in additional income but many of us were not taught to look at our skills, knowledge and past experiences as assets. Not just that, there also has never been a time until the last few years in which there are so many ways to reach so many people so easily. What you have in your head is valuable and someone, somewhere is interested in it or needs it.

This inspiring video tells the story of a business that I recently checked out and signed up to for making money online.  It seems to pay off the most. The 2 guys who started it was broke and are now millionaires. Click the video to hear their story and what they created.

(If you join at the end of the video, you will be on my team!) 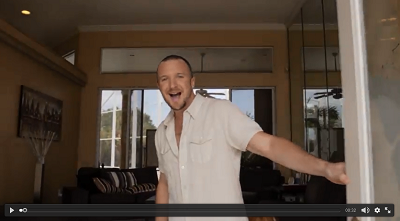 Online marketing of a blog platform

This video represents a simple way to make additional income using the internet. Especially if you are active on Facebook, Twitter or Youtube. Truckers are already using it to make money from the cab of the truck. You saw one of them in the testimonial of the video. I don't know if there are any trucker wives using this system yet. I don't know why they wouldn't.

This is not the only way to make money online but it may be one of the most easiest and most profitable, since it is a online system with digital products very high commission and residual income.

With this system you are not limited as to what you can market.  The blogging platform is part of the system but the educational packages are designed to help you market anything effectively.

That's why so many are able to make additional income with Empower.

I also got involved in another system I had been a member of before but never actually tried to sell. All of you likely have seen it or a reseller of it. You may not have know so much about the fact that you could earn extra money selling it to others. This would be better for people who would rather deal more directly with people and provide more traditional type service. It is call......TVC. TVC owns MCA which stands for Motorclub of America. I know the service works because I did what I always tell you guys to do for your wives.(but she was not a wife or girlfriend)

My home girl was a single mom with young child and old beater car. Since she had no one and was trying to do big things I bought TVC car club membership for her. I couldn't believe they didn't cancel on her because she ran out of gas almost every month lol, and they can and gave her a gallon. She also had several flats and a couple of break downs over 2 years time. Once she said they took forever, and they told her up front that would be the case.

Later she was able to get a better car and was in a better situation.  I cancelled her card and she almost had a fit.  That was because it was so assuring for her to know that she didn't need to worry about getting stranded for any reason.  Lol, I told her that she was doing well enough to get her own membership with her own credit card at that point.

Imagine how appreciative your wives would be to have that comfort at home. Plus she can be at home selling it to create extra income for the family.  This can be marketed online also.

So that's my little personal testimonial of the service. Also if you talk to the guys at the truck stop selling it, some of them will tell you about their success with it. I just never really tried to sell it other than a link I posted on the website a few years ago.

You might have not known about it because I just didn't promote it, as a matter of fact, I always promoted AAA because it was a little cheaper but there is a limit of 3 calls per year with AAA. TVC is unlimited. So now I am again an associate of TVC. You can sign up on my team by clicking the picture. 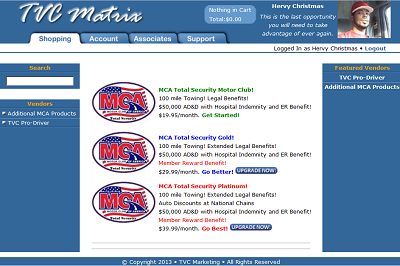 Make additional income learning and sharing about what to do with additional income to create wealth. Most of us wouldn't know what to do with 1 million dollars if we had it. You know I am always talking about financial literacy. I attracted these people to me back in November who were part of a group who's founder was from the office of corporate America's big banking system and also Accounting background.

At an early age he decided it didn't like how people were being taken advantage of because they didn't know about money. He left banking and pour his money into the software development and a system that teaches about money and provides tools to use in the process of getting people  on track.

The company is awesome the group that I deal with is amazing people and we meet (or they meet :-) every week. Just to be in the company of positive like minded people and stay on track with the business. Also other people who are interested in the business can come in, visit and learn about the program. On 3rd Saturdays there are also meetings just teaching the public about money FOR FREE.

These meetings have nothing to do with you making money with it.  It's just something that we do here.  We have a couple of truckers involved and one will be in the documentary I am working on.  (If you want to be a part let me know)

So that is what type of organization this is. People are making money. However, this is not sexy and so the money is not as fast. Only a small segment of people are willing to learn about money. They rather remain broke and ignorant. So this is an amazing opportunity to learn about saving money on taxes, what to do with it to get out of debt, how to mange it, how to grow it, and offers the opportunity to make additional income BUT......you have to have a passion for helping people and realize that most who need it will not know they need it.  Not necessarily the Best opportunity if you want to make a lot of money quickly.

I like it because it is important and needed, and want to have it if people actually want it.  It's important. Just click the picture to go to the video to learn more. If you want to join after, you will be on my team!  Yeah! 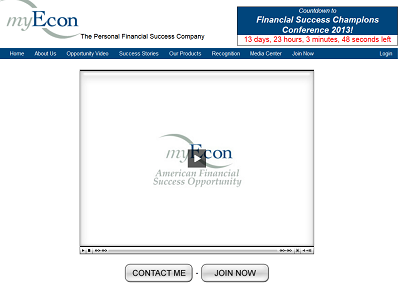 You may have seen me talk about this before. Building a website is something that is fun and rewarding. However, it is a lot of work. But you have a lot of free time sitting around on the road and some wives at home to. I built the website that you are on in my free time while on the road.

Most of you got here by searching. Notice where I rank in the search engine. How did I do it with so many sites out there. Well that is why I stand behind this website builder. SBI taught me step by step how to make it happen. I got these results without even following all of the steps as I should have. My excuse is because I was doing 10 other things. Most of you know, I wrote several books and made several CDs blah blah blah. And created lots and lots of videos so all that took time too. lol

For anyone that wants to make money online building a website can give you a chance to network and build alliances. It can also generate revenue by ads like you have seen here by Google and other networks who serve them.

I have not gotten rich but I once was up to $2,000 per month. You can build your own website too in order to generate an income, but here is the amazing thing. If you don't want to build a website. You can promote the website builder as an affiliate and make a commission.

You already know that it works because you are on my site and it ranks well. If any of you want to become an affiliate I will work with you to promote SBI. I will give you testimonial about how well it works. That will be a lot of proof and credibility to get you started of running.

The affiliate sells provide you residual income to. So anyway check out the video and if you want to buy the website builder or become an affiliate you will be on my team. 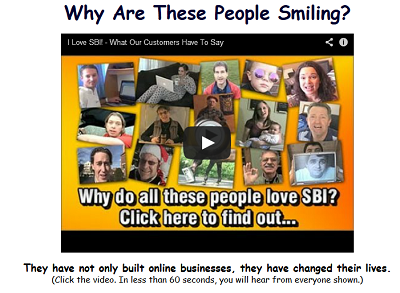 I always say, if you are going to get involved in any of this stuff guys. My advice is to pick one and focus on it. There is no way that you can push all of these and give it your all. I am pretty much doing it like this because each one of these represents something that I truly believe in and can refer.

Because I do a lot of coaching and such, I can recommend what is best for people based on their own interest, hobbies, personalities, etc. So I do want to make money but I want to be able to serve the person with what they think is the best option for them based on who they are.

It's time to make a decision though. You are here because you have a need for additional income or you are looking for ways to make extra money for one reason or another. If none of these suits you. Keep looking because there are many ways out there to make extra money online.

Check out my other page make extra money to get more motivation and perhaps ideas. Also sign up for the mailing list if you want to be notified of other money making opportunities that I run across. Plus you will get the Solo Build It courses that will train you for doing business online.

Trucker, Wives and those who are not able to get a trucking job, may find that the internet can provide many ways to earn additional income.